Can you share your experience with GBS or CIDP?

My story has two parts and begins in 1994 when, after emerging from a very painful divorce, I needed surgery for a minor problem. Two weeks following the general anesthetic I began to get pins and needles in my hands and feet. To cut a long story short I presented to several doctors and a hospital emergency department over a period of days before finally being diagnosed with this bizarrely named and unfamiliar condition. In GBS terms it was probably a slow burn, and with what I know now, would not be considered a severe case. 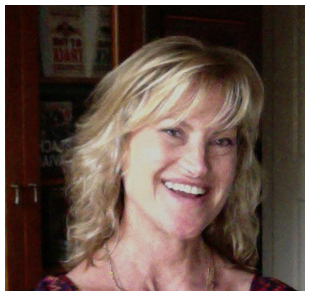 Nevertheless for a young and healthy person it knocked me for six and took 4 months before I could get back to full time work later in the year. Fast forward to January 1997 and now 33 I came down with a bad case of chickenpox. Within two or three days the right side of my face had dropped, my speech slurred, I couldn't swallow or walk properly and it became quite clear something was drastically wrong - I had more than just a case of chickenpox. I was admitted to Ryde Hospital, albeit in isolation for obvious reasons. After another two days or so I continued to go downhill so was transferred by ambulance to Royal North Shore. I was met immediately by the most caring and empathetic Neurologist who remains my doctor to this day. He made a promise to me that he would help me get through it and that he did. I endured all the usual tests, lumbar puncture, MRI, nerve conduction, bloods, bloods and more bloods but we knew what it was and I had been there before. Fortunately I was hooked up and given the available treatments of the day, Intragam and Plasmapheresis and I do believe they slowed the progression. My case did not fit the 'classic' GBS pattern. My most severe symptoms were mainly sensory but they were bad. The nerve pain was terrible, it was everywhere but particularly so in my face, that was the most stressful. It burned and buzzed, was sharp and stabbing and awful. I couldn't walk and was confined to bed but I was not paralyzed and did not require assistance breathing so in that respect was lucky, even if I didn't feel it at the time.

Perhaps strangely my toughest time was being transferred from RNSH to the rehabilitation centre at Coorabel. Getting out of the hospital cacoon and into the big wide world was terrifying. I was no longer the same person, I was a shadow of myself. I vividly remember being wheeled to the mini bus and strapped into the seat. Every nerve in my body was screaming, I couldn't control any of my movements, my co-ordination and proprioception was severely affected and I felt alone and very afraid. We arrived at lunchtime and I was wheeled into the communal lunch room where a nurse put a plate on the table in front of me and left. What on earth was I going to do? I couldn't even feed myself!!!! How could a healthy, happy, newly independent 33 year old end up in a place like this and in this state. This was as low as I got. I remember giving myself a pep talk that day, I vowed to regain my life. I was not going to let this beat me, more importantly I was not going to let it define me. And so I worked really hard and spent the next 3 months as an in-patient building my strength through hydrotherapy, physiotherapy, speech therapy and occupational therapy. I left with a walking stick and very shaky indeed. I can't really remember how long it was before again I went back to work, first a few hours 2 days a week gradually building up to part time slowly, slowly, slowly. A lot of water has passed under bridge since then and after 4 or 5 relapses and hospital stays spanning 5-6 years I was re-diagnosed with CIDP over ten years ago.

These experiences and the residual symptoms have left an indelible mark on me. I think I am stronger, for only those who have been there know how hard you have to fight. How 17 years later each day can set you challenges you must overcome if you want to stay in charge of your destiny. I don't take things for granted, I count my blessings daily and I try to be a compassionate person. I don't always succeed, but I do the best I can.

In other words our GBS Association!!!

I’ll finish the story by saying today I am happily married with a very supportive husband, wonderful wider family, fantastic friends and understanding employer. I am a very lucky and very thankful lady.