Our gorgeous Vice Chairwoman is Wendy Burge. Wendy tells us about how she tackled CIDP and won, her life enriched through the love of her family and music.

What is your role on the Committee and what does it entail?

I became Vice Chairman in 1998. My role is not a large one but I am happy to contribute where I can. Over the years I have run meetings in the absence of the Chairman, made email and phone contact with carers and sufferers, and made hospital visits giving neurology staff a patient’s perspective. 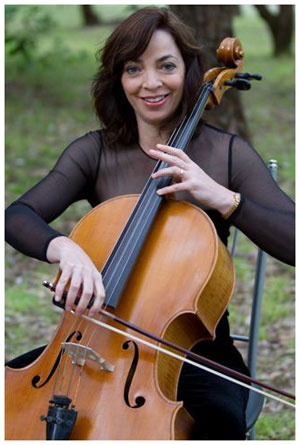 Can you briefly share your experience with GBS or CIDP?

My journey with CIDP began in March 1997 when I noticed tingling in my fingers. I was particularly aware of these sensations being a cellist. A visit to my GP didn’t provide any answers, and nor did a visit to a neurologist several weeks later. I didn’t make a follow up appointment as he had said it wasn’t MS. I went about trying physio and other treatments as arm and leg weakness increased. Eventually I was sent to Emergency at North Shore where GBS was diagnosed. I had plasmapheresis and then Intragam which had me almost back to normal within days. This was short lived and within two weeks I was relapsing quite badly.

A nerve biopsy changed my diagnosis to CIDP. I spent the rest of the year in and out of hospital – 13 hospital stays in all –and waiting on Intragam supplies which were never good. Plasmapheresis was a good second option until my arm veins gave out and a punctured lung and jugular thrombosis resulted from trying to gain access elsewhere. 1998 saw Intragam supplies improve slightly and 60gms every 3 weeks seemed to make a difference. Becoming pregnant in late 1999 helped my recovery. I continued with Intragam infusions during this time and following the birth of my first daughter.

Remaining positive and believing I would recover and have a normal life again was the greatest challenge. Having a very supportive husband and parents helped me through the worst times. Having recovered from CIDP has made me really appreciate my good health and not take it for granted. Being well enough to start donating blood was a big milestone.

My children inspire me. While I couldn’t imagine trying to cope with children during the worst of my illness, I do believe having Ashleigh and Rebecca since then has helped my recovery. Which is just as well, considering how busy they keep me every day.